Friday night we covered red Bordeaux. I talked a lot about the wine and the region, having spent a week in the region last July and having created my own itinerary through extensive research. I am sharing information below that I didn’t have time to cover in the live tasting, but is important in understanding Bordeaux. Read the quick facts if you aren’t in the mood to wine geek up, but if you are, this is a great guide below for understanding Bordeaux wines.

Bordeaux is the gold standard for wine. It’s where the rest of the world looks to for fine red blends.

The focus in this article is on the reds wines, 90% of Bordeaux wine production, not the whites – though they tend to be outstanding as well.

What is a Bordeaux (Bx)? It’s a red blend from the Bordeaux region of France.

What is a Bordeaux Blanc? A white Bordeaux made typically from a blend of Semillon and Sauvignon Blanc

What do I need to know? The wines will always be blends made mostly of Cabernet Sauvignon and Merlot and may have Cabernet Franc, Malbec and/or Petit Verdot

Why are they such high quality? The rigid standards of the French government strictly dictate how the wines are created and what can go into the winemaking.

How do I buy Bordeaux? The name on the bottle tells you what varietal, the quality based on Bx classification system (below) and year. The details are on the label if you know what to look for.

Best practice for buying? Look for the name or label up online. You can find the % of the blend and quality of the vintage, unless it is a 1er Cru wine, and if that is written on the bottle, it will have a consistent quality year after year

How do you know what level? For a winery to gain classification they have to meet rigid standards of quality and excellence – in growing, winemaking, etc. The levels are detailed below.

Quality / Classification Systems: The classification systems in Bordeaux are very confusing and many locals don’t even understand them. I have highlighted them below, as a basic understanding will help you in buying wine, but if you are stuck, look it up online. There are great resources. It was easiest separating the two banks in explanation, but there are many nuances.

In Bordeaux in the 1850’s, France was hosting the World Exposition. There were 1000’s of vineyards and they needed some sort of categorization system to determine the quality wines were, to share with the visitors from all over the world. The 1855 Classification named the top 4 (later added 5th) based on the top wines.

Why was Bordeaux one of the most successful wine regions in history? Location, favorable tax opportunities and luck

How to buy Bx wine:

Look on the label:

The Artisan Wine Group Bordeaux wines we tasted on Friday are below and are for sale on my website, www.artisanwinetasting.com 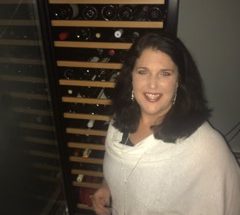 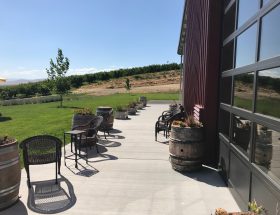